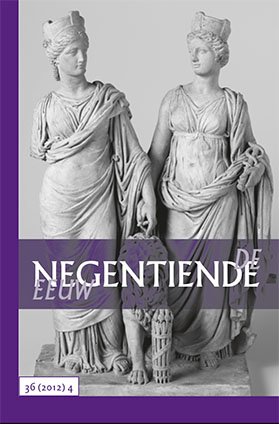 Lisa Kuitert en Arnold LubbersHet al dan niet verenigd koninkrijk. Ten geleide 241-243
Peter A.J. van den BergDe integratieve functie van het recht in het Verenigd Koninkrijk van Koning Willem I (1815-1830) 244-262
Abstract (EN)
The integrative function of law in the United Kingdom of the Netherlands (1815-1830).In 1815, the United Kingdom of the Netherlands was created, a union between the Kingdom of the Netherlands (1813-1814) and Belgium. King William I tried to integrate the two composing parts of this newly established state under the leadership of the Northern Netherlands. The way in which he used the codification of private law as a means for this integration confirms this. In 1814, before the Union had become a reality, the King had ordered a committee to prepare a codification based on ‘genuine Dutch law’, which should replace the French Code civil, in force in the Northern Netherlands since its annexation by France in 1811. In this way, he hoped to strengthen Dutch national identity. After the Union was concluded, the King kept this policy, despite the fact that Belgian law was strongly influenced by French law for centuries, and the Belgians, consequently, felt no need to replace the French Code civil, in force there since 1804, by a ‘Dutch’ code. The policy of the King was defeated, however, by an effective opposition of the Belgian Members of Parliament, helped by some sceptical Dutch colleagues. Subsequently, the Belgian representatives took the lead in the legislative efforts, which resulted in a draft-codification which strongly resembled the French Code civil. It is a bit ironic that this draft did not enter force in the United Kingdom because of the Belgian secession in 1830, but did constitute the core of the codification promulgated in the Netherlands in 1838.
Wim Lemmens‘Une terre hospitalière et libre’? Franse migranten tussen restauratie en revolutie in het Brussel van Willem I (1815-1830) 263-284
Abstract (EN)
French migrants between restoration and revolution in Brussel, during the rule of King Willem I (1815-1830).After the Napoleonic era, the Bourbon Restoration regime despised and rejected French revolutionary actors and bonapartists. Those detested men, exalting military sentiments and liberal ideals, took refuge in the newly established United Kingdom of the Netherlands. Although King William I was pushed to expatriate subversive immigrants, he was bound by the recently elaborated constitution. Active as journalists, lawyers, freemasons or teachers, they propagated liberal values of the French Revolution and initiated through newspapers, literary discussions and theater performances, a new generation of political activists, despite the desires of Restoration regimes.
Lou SpronckDe apostelen van Johannes Kinker 285-304
Abstract (EN)
Johannes Kinker’s Apostles.When in 1818 Kinker arrived at the University of Liège, Belgium, ‘to preach the Dutch gospels’, he met the unwilling ears of the citizenry, his fellow Freemasons, and his colleagues at university. So he turned to the younger generation in the knowledge that the future belonged to them. In the literary society ‘Tandem’ he brought together a select group of students, in whom he instilled loyalty to King and Country, a belief in the integration of North and South, and love for the Dutch language and literature. However, after graduation most of his disciples lost their belief in Kinker’s creed and severed contacts with their master. This will be illustrated by placing three of them in the spotlight: Jean-Baptiste Nothomb, Lucien Jottrand and Theodoor Weustenraad. This investigation also demonstrates that the ways by which king William I and his Minister Van Maanen dealt with liberal opposition against their administration since 1827 undermined the chances of survival of the United Kingdom of the Netherlands. 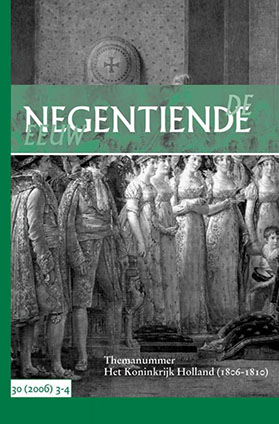